In 1940, after Germany invaded the Netherlands, Anne and her family couldn't leave the country, so they decided to hide in a warehouse in an attempt to escape the persecution of Jews by the Nazis. For over two years, Anne wrote in her diary with an awareness that was extremely mature for her age. She detailed her experiences and insights while she and her family were in hiding, living in a constant fear of being arrested. The Diary of Anne Frank' is a record of her understanding of the war and showcases her incredible storytelling abilities in such horrific circumstances. In 1944, the Franks were found and sent to concentration camps. Anne died before she turned 16, and her father, Otto Frank, was the only family member to survive the Holocaust. After the War, Otto returned to Amsterdam, where he found his daughter's diary and then published i as The Diary of a Young Girl.
The Diary of Anne Frank is among the most enduring documents of the twentieth century. Since its publication in 1947, it has been read by tens of millions of peopleall over the world. It remains a beloved and deeply admired testament to the indestructible nature of the human spirit. 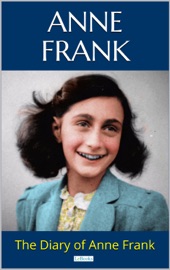